PixWords is a word puzzle game available on most mobile platforms; the game is free to download for iOS and Android devices. PixWords uses a combination of pictures and words for it’s puzzles though using pictures to help players fill in the crossword. For every word in the crossword puzzle players are given a picture; each new picture is unlocked when the player correctly guesses the last word.

With no further ado, here are all the Pixwords answers by number of letters in each word:

It may sound pretty simple and the idea is relatively simple but the game gets difficult pretty fast and getting stuck is something players should expect to happen often. This is where the pay to win aspect comes it; players can pay money into the game for coins which can be used to reveal letters, remove unwanted ones and even reveal the full answer. These coins are available in the game for free as well but they are pretty limited meaning if players need more they’ll need to start paying for them in order to beat each level and win the game. Coins are given to players upon beating a level. 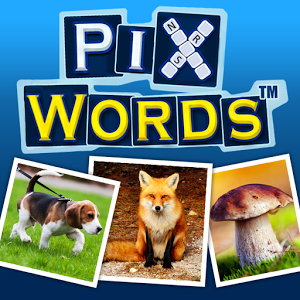 Not only is PixWords pretty difficult it is also a very long game with more than 500 levels to work through which become increasingly more difficult as the games goes on. The game is also offers support for 21 different languages making it widely accessible for many players, not just English speakers.

The interface for the game works pretty well and the gameplay is pretty basic but this is a word puzzle game so it works well for PixWords. Being a free to download game there are quite a few ads which can kill the flow of the game especially if it’s a full screen ad which are too common in PixWords.

Despite the ad issue which can be a pain there are no other major issues with PixWords unless you can’t handle the difficulty of the puzzles; the difficulty could either be a feature or a hindrance depending on the player. This is certainly a game for puzzle and crossword fans so this could certainly be too difficult for some players but for those looking for a fun, smooth, difficult puzzle game PixWords could certainly be what you’re looking for.

It took us a lot of time to find all the answers to Pixwords. You can help us by sharing this page to your favorite social network (Facebook, Twitter etc).